'We are witnessing today an Arab people's revolution'
Posted by Joj at 8:57 AM No comments: 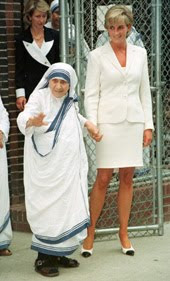 People are unreasonable, illogical, and self-centered. Love them anyway. If you do good, people may accuse you of selfish motives. Do good anyway. If you are successful, you may win false friends and true enemies. Succeed anyway. The good you do today may be forgotten tomorrow. Do good anyway. Honesty and transparency make you vulnerable. Be honest and transparent anyway. What you spend years building may be destroyed overnight. Build anyway. People who really want help may attack you if you help them. Help them anyway. Give the world the best you have and you may get hurt. Give the world your best anyway.

Mother Teresa de Calculta
Posted by Joj at 8:54 AM 1 comment: 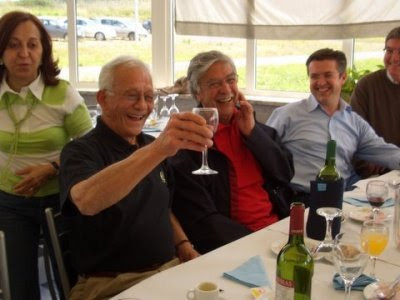 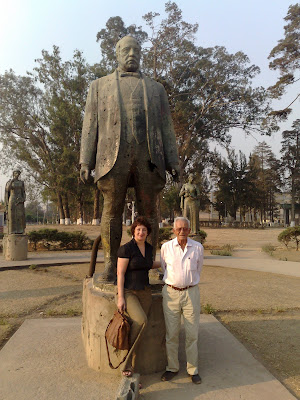 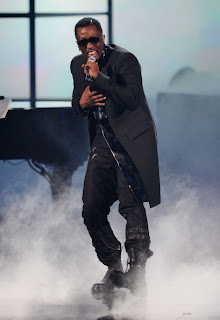 My dream for Canal Road

European 'Road Train' Cars Drive Themselves While You Sleep (PICTURES)
Posted by Joj at 10:55 AM No comments:

Does China really give more support to the developing world than the World Bank?
Deutsche Welle.

A new report in the Financial Times says that China has given more loans to developing nations than the World Bank in the past two years, another indication that China's influence on the world stage is growing.

The World Bank lent over 100 billion US dollars to developing nations from mid-2008 to mid-2009 – a record that was due to the financial crisis. But the China Development Bank and the China Export-Import Bank, both owned by the Chinese state, surpassed this record. The Financial Times, citing its own research, says that they gave out loans worth over 110 billion US dollars to firms and governments in developing countries.

However, Helmut Asche, an Africa expert at the University of Leipzig was skeptical about the figures. "Statistics regarding Chinese loans and especially development loans are certainly not transparent so we don’t know how the Chinese loans are divided into categories that are comparable with the World Bank’s data," he told Deutsche Welle.

The World Bank gives long-term loans for the fight against poverty, the promotion of the private sector and environmental protection; whereas Beijing wants to expand the markets for "Made in China" goods and particularly to secure raw materials for China’s booming economy. Doris Fischer, an economist with the German Institute for Development in Bonn said that China’s development policy was fundamentally different from the West’s in one way: "The Chinese do not say that what they are doing is development aid but call it economic cooperation, with a win-win aim and that’s why it does not adhere to the fundamental principles of good development aid that have been agreed upon internationally."

Countries that are particularly rich in raw materials have been able to benefit from China's economic cooperation policies - Russia, Venezuela and Brazil for example. And in Ghana and Argentina roads and railways are being funded by Chinese money and built by Chinese firms.

No strings attached to Chinese loans

Even though it is not always easy for the Chinese banks to top the World Bank’s conditions, with its low interest rates and long-term loans, as well as its willingness to waive debts sometimes, Dirk Willem Tervelde from the London-based Overseas Development Institute said that there was one particular reason why certain countries might go for the Chinese conditions anyway.
"There might be strings attached to loans from multi-lateral bodies such as the World Bank, which might look in more detail at governance for instance, and that might not be the case when China is providing loans," he said. Beijing is not interested in human rights and democracy, which is why it is an ideal partner for dictators such as Robert Mugabe in Zimbabwe or Omar al-Bashir in Sudan.

But Helmut Asche said China’s rising influence and the shift of power from west to east would also benefit other governments in receiver countries "as it would give them more political leeway." Even within the World Bank there has been a shift. In 2008, the post of chief economist went to a Chinese person for the first time.

Two Chinese state controlled banks have lent more to developing countries than the World Bank, according to a report. The China Development Bank and the China Export Import Bank offered loans of at least $110 bn (£69.2 bn) to governments and firms in developing countries in 2009 and 2010. The research was undertaken by the Financial Times newspaper.

Between mid-2008 and mid-2010, the World Bank's lending arm issued loans of just over $100bn (£63bn). The two Chinese banks do not publish a detailed breakdown of their overseas loans, so this research is based on public announcements about specific deals from them, their borrowers or the Chinese government. That means the figure arrived at for the amount of Chinese lending is more likely an underestimate than an overestimate because some - more sensitive - loans will not have been made public.
The Chinese lenders are so-called policy banks - they have a mandate to further whatever Beijing sees as its national interest. One of China Development Bank's specific tasks is to try to alleviate and, where possible, eliminate bottlenecks in supplies of raw materials or land for China's economy. It also tries to open up foreign markets for Chinese companies.
The period looked at by the researchers included the worst of the global financial crisis.
Some investments overseas face problems - as in a recent shooting at a Zambian mine
Chinese banks were offering loans to producers of raw materials at a time when it was hard for them to attract financing from elsewhere. That helped secure long-term energy deals, including oil supplies from Russia, Venezuela and Brazil.
The Chinese government, which is sitting on $2 trillion (£1.26 trillion) of foreign exchange reserves, has ample amounts of cash to fund loans which help promote its strategic objectives.
But what is interesting is that in the private sector, it is a different story. Outward Foreign Direct Investment (FDI) by Chinese companies (not including banks) was around $50bn (£31.5bn) last year - around half the FDI that flowed from foreign companies into China.
This is the world's second-largest economy but its outward flow of FDI is just the fifth largest in the world.
That suggests that Chinese companies still do not have the confidence to make big acquisitions overseas in order to grow, or of course that they are unable to. What does not help is the sometimes murky relationship between the government and some of the country's biggest firms which can make the targets of such acquisitions or potential merger partners nervous about doing deals with the Chinese.
By Chris Hogg BBC News, Shanghai, China
Posted by Joj at 7:04 AM 1 comment:

Advances in development reverse fertility declines
Nature 460, 741-743 (6 August 2009)
During the twentieth century, the global population has gone through unprecedented increases in economic and social development that coincided with substantial declines in human fertility and population growth rates1, 2. The negative association of fertility with economic and social development has therefore become one of the most solidly established and generally accepted empirical regularities in the social sciences1, 2, 3. As a result of this close connection between development and fertility decline, more than half of the global population now lives in regions with below-replacement fertility (less than 2.1 children per woman)4. In many highly developed countries, the trend towards low fertility has also been deemed irreversible5, 6, 7, 8, 9. Rapid population ageing, and in some cases the prospect of significant population decline, have therefore become a central socioeconomic concern and policy challenge10. Here we show, using new cross-sectional and longitudinal analyses of the total fertility rate and the human development index (HDI), a fundamental change in the well-established negative relationship between fertility and development as the global population entered the twenty-first century. Although development continues to promote fertility decline at low and medium HDI levels, our analyses show that at advanced HDI levels, further development can reverse the declining trend in fertility. The previously negative development–fertility relationship has become J-shaped, with the HDI being positively associated with fertility among highly developed countries. This reversal of fertility decline as a result of continued economic and social development has the potential to slow the rates of population ageing, thereby ameliorating the social and economic problems that have been associated with the emergence and persistence of very low fertility.
Posted by Joj at 8:03 AM 1 comment: